How to Distinguish Dementia with Lewy Bodies From Other Types 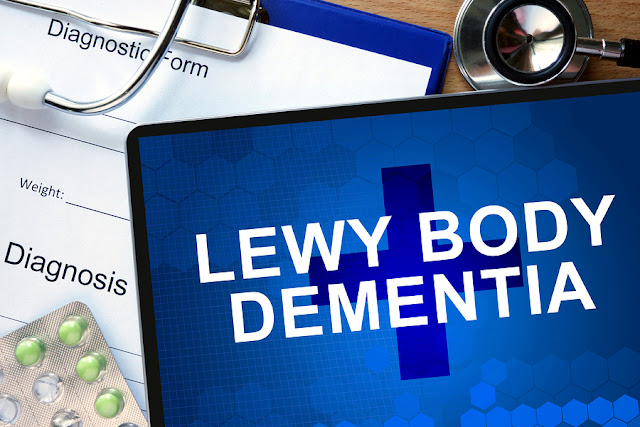 Lewy Body Dementia (named after Frederich Heinrich Lewy, who in 1912 described the disease) is a spectrum disorder described by a rapid decline in the patient’s cognition and behavior. Hallucinations and delusions, as well as alterations in sleep, heart rate, and digestion are other Dementia with Lewy body characteristics. Certain subtypes of Dementia with Lewy Bodies cause people to experience shaking, rigidity, and balance difficulties.

The presence of Lewy bodies – abnormal brain deposits composed of several proteins located throughout the brain, is the post-mortem diagnostic hallmark. Dementia with Lewy bodies is a rapidly progressing disease. Death usually occurs within five to seven years of diagnosis.

Unlike Alzheimer's Disease, Dementia with Lewy bodies does not have predictable stages. Early symptoms of the disease vary. Some people first experience cognitive and memory changes similar to those associated with early Alzheimer's Disease. For other people, first symptoms may include shaking and a shuffling gait. Sometimes hallucinations are a first symptom. Therefore, a thorough medical exam plays an important role in ruling out other causes such as Parkinson's Disease or the side effects of medications used to treat other illnesses and conditions.

Responses to the medications used to treat or reduce the severity of hallucinations can inadvertently confirm a diagnosis of Dementia with Lewy bodies. Unlike people who have Alzheimer's Disease, people who have symptoms commonly associated with Dementia with Lewy bodies can have dangerous, and sometimes fatal reactions to antipsychotic medications such as haloperidol (Haldol) and risperidone (Risperdal). (See References 1 and 2 below.) This finding points to the importance of keeping detailed medical history notes and prescription records. This is especially true for first-time appointments and in the emergency room.

Janet Yagoda Shagam, PhD, is a freelance medical and science writer and the author of “An Unintended Journey: A Caregiver's Guide to Dementia.” Available through Amazon.

The opinions expressed by contributing authors are not necessarily the opinions of the Dementia Society, Inc. We do not endorse nor guarantee products, comments, suggestions, links, or other forms of content contained within blog posts - that have been provided to us with permission, or otherwise. Dementia Society does not provide medical advice. Please consult your doctor.