Drinking and Dementia: What is the Connection? 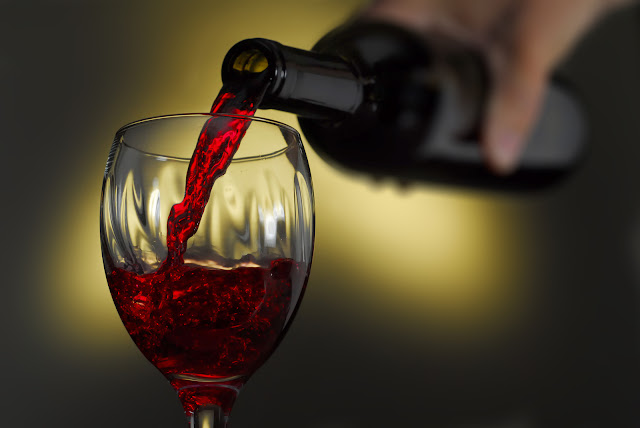 The health benefits that various foods and diets to improve overall health or lower risk for disease is a newsworthy topic. Some articles promote that eating fiber-rich fruits, vegetables, and whole grains helps us to maintain a healthy weight, as well as lowering our risk for colon cancer. Others assert the Mediterranean diet – one which encourages replacing red meat for fish and chicken, saturated fats with olive oil, and refined carbohydrates with whole grains – reduces risk for heart disease, certain cancers, and diabetes.

There are many research studies touting the benefits of red wine on lowering cholesterol blood levels and thereby reducing risk for heart disease, strokes, cataracts, and colon cancer. Though a controversial area of research, some studies indicate drinking moderate amounts of red wine may slow declines in brain function. With respect to consuming wine and other alcoholic beverages, moderation is the key word. However, most people are unsure of how much a moderate amount is.

According to the Dietary Guidelines for Americans, a low to moderate alcohol consumption is no more than one drink a day for women and older adults, and two for men. One drink is usually 1 1/2 ounce or 15 grams of alcohol, which equals approximately 12 ounces of beer, 5 ounces of wine or 1.5 ounces of 80-proof liquor. (See Note 1 below.)

These dietary guidelines refer to the amount consumed on any single day and not as an average over several days. In other words: Do not save your daily allocation for a weekend binge. Alcohol-related brain damage, (ARBD) conditions that include Wernicke-Korsakoff Syndrome and alcoholic Dementia, is the result of drinking too much alcohol over the course of several years.

Though both types of ARBD exhibit dementia-like symptoms, neither condition is true dementia. The difference between ARBD and a Dementia such as Vascular, Lewy body or Alzheimer’s disease is in the ability to treat or stop the progression of symptoms.

Consuming more than the recommended amounts of alcohol does increase the likelihood for developing Alzheimer’s disease and Vascular Dementia later in life. However, researchers have yet to establish the numerical relationship between alcohol consumption and risk for Dementia.

The reasons are many and include research entirely dependent on reported observations and evaluating the variables that, in combination with alcohol consumption, affect the long-term risk for Dementia. However, one can state with certainty the more you drink the greater the likelihood for developing dementia later in life. High alcohol consumption also increases risk for stroke, heart and liver disease, and depression – all of which are well-known dementia risk factors.

Janet Yagoda Shagam, PhD, is a freelance medical and science writer and the author of “An Unintended Journey: A Caregiver's Guide to Dementia.”Available through Amazon.

The opinions expressed by contributing authors are not necessarily the opinions of the Dementia Society, Inc. We do not endorse nor guarantee products, comments, suggestions, links, or other forms of content contained within blog posts- that have been provided to us with permission, or otherwise. Dementia Society does not provide medical advice. Please consult your doctor. www.DementiaSociety.org
Posted by Sandra Moyer DeHaven at 2:49 PM No comments: