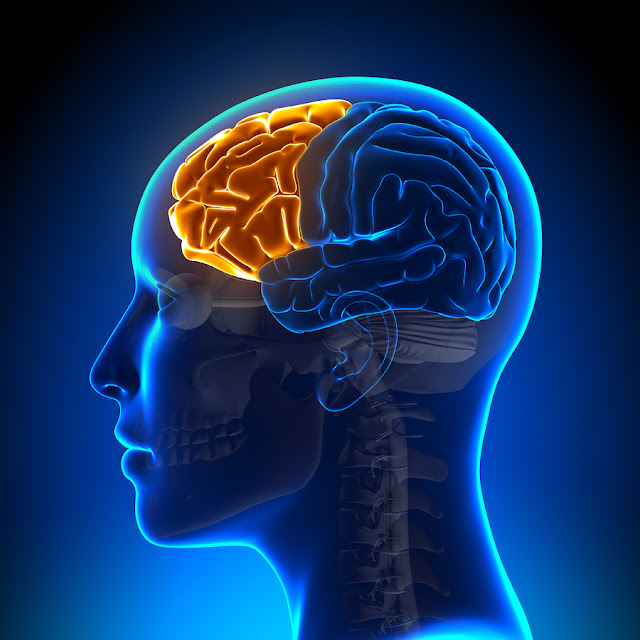 In 1892, the German neurologist and psychiatrist Arnold Pick described a case involving an elderly patient with progressive loss of speech and Dementia. Later, when the patient had died, the autopsy showed that certain parts of the brain had shriveled. Unlike the widespread shrinkage associated with Alzheimer’s Disease, this type of Dementia appeared to target the frontal and temporal lobes.

The two frontal lobes, located on the front of each half of the brain, contain the structures that control our executive functions such as planning, organizing, and solving problems. The frontal lobes also control behavior, emotions, and personality.

The two temporal lobes, located on each side of the brain just above the ear, give us the ability to perceive and recognize faces and objects and transfer short-term memories into our long-term memory banks.

It is not surprising to discover that people who have Frontotemporal Dementia may no longer seem like the people we once knew. A parent who was once friendly, polite, and careful about their appearance may say and do socially unacceptable things. Emotional blunting, or the inability to express verbal and non-verbal feelings, is another characteristic of this type of Dementia.

Another clue that can indicate Frontotemporal Dementia is difficulty in using and understanding spoken and written language. Language difficulties include repeated mispronunciations, and the inability to make appropriate associations between objects and their name. Frontotemporal lobe patients may use words and phrases like “this,” “that” and “over there” in the place of specific nouns and descriptions. People who have Frontotemporal Dementia are not aware of how they have changed.

Scientists do not know the cause of Frontotemporal Dementia. However, research demonstrates that genetics often plays a role in its development. Some studies show alterations in genes that code for specific brain proteins in nearly 45 percent of people who have family members who have certain types of Frontotemporal Dementia.1 These altered proteins form insoluble deposits in brain neurons. The deposition of the proteins causes the neurons to swell, burst open and die.2

Tests are available to determine if the Frontotemporal Dementia that you, or another family member, have is genetic in origin. Making the decision to undergo testing is not always easy. It is important to consider how you and other family members might feel if you should receive positive results. Will knowing make you anxious, relieved, or empowered? Will other family members also want testing? How might this information affect family planning for you or your adult children? Will having a positive test influence your employer or make it more difficult to receive health or life insurance?


Anybody would find these and many other questions difficult to answer. Often, people find talking with a genetic counselor can make the decision to test – or not – easier. The genetic counselor, by explaining the technical and emotional issues associated with genetic testing, can help you make a comfortable decision. Afterwards, the genetic counselor can explain the test results to you and guide discussion about any further steps you may want to take.

Janet Yagoda Shagam, PhD, is a freelance medical and science writer and the author of “An Unintended Journey: A Caregiver's Guide to Dementia.” Available through


The opinions expressed by contributing authors are not necessarily the opinions of the Dementia Society, Inc. We do not endorse nor guarantee products, comments, suggestions, links, or other forms of content contained within blog posts that have been provided to us with permission, or otherwise. Dementia Society does not provide medical advice. Please consult your doctor. www.DementiaSociety.org.


Posted by Sandra Moyer DeHaven at 5:55 PM No comments: